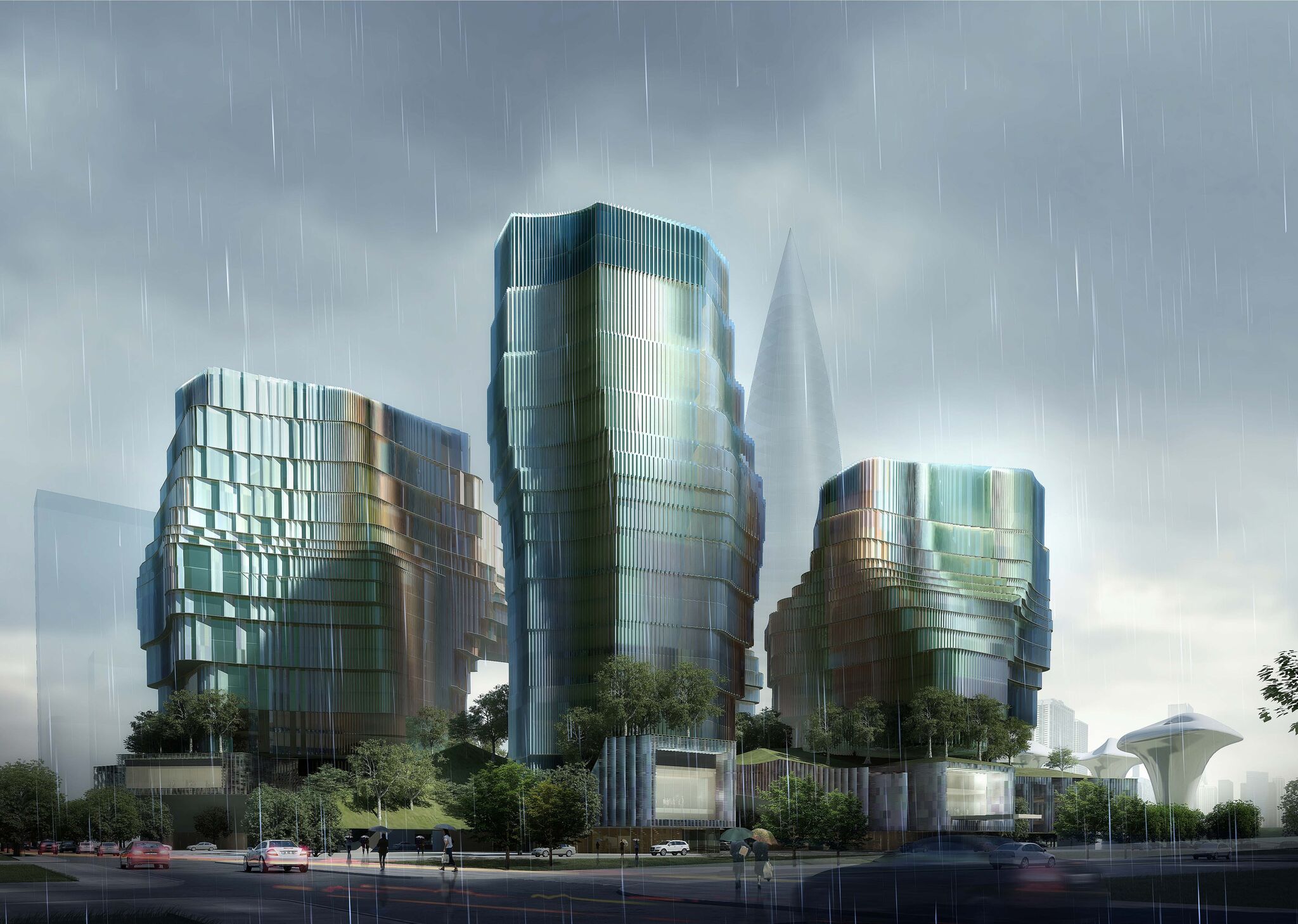 Tengchuang owns several game development companies and develops its own games and other digital entertainment and organized an invited project competition for the design of their planned 241400 square meter headquarters which includes trade, entertainment, exhibition halls, laboratories, studios and offices as well as a 4-star hotel in Shenzhen Bay

A consortium led by the Urban Future Organization (UFO) and Chalotte Erdegard Architects (CEA) was one of five groups invited to compete. Tenchuang's wish was that the headquarters would be at the forefront of design and, above all, create a creative workplace for their young employees and game developers that is both attractive and adapted to their lifestyle. We have taken inspiration from our Scandinavian background when it comes to the central sustainability aspects, office planning and that we have chosen to build in wood. The project consists of an open podium that contains trade, exhibition halls and with a park on top. The podium is crowned with two 100 meter and two 75 meter high wooden buildings that frame a public place and park.

We were inspired by Chinese landscape painting in our attempt to design a valley (the park on the podium) between steep mountain sides (the various high-rise buildings) that extend the space from MAD Architects' Shenzhen Bay Park into our project and we have enhanced the effect of using vertical slats such as stands differently close. In contrast to Shenzhen's glass facades that make the experience of the city as grey, we have taken inspiration from China's tradition in glazed terracotta where we create vertical slats that simultaneously shade the facade and are solar cells of different colours of glass and glazed terracotta that make the building colourful as after all, is a Chinese tradition.

When it comes to office planning, we have wanted to use the flexibility in our way of building that makes it possible to open the wooden beams in different places. This enables open and deep office planning that allows for different types of solutions that allow for different constellations and working methods without compromising daylight and spatial variation.

When it comes to sustainability aspects, in addition to the fact that we build mostly in wood, we use a large area with solar cells that drive heat pumps that use the sea to cool the air. The park on the podium is planted and not only collects water but also shapes an ecosystem that helps to build up the ecological tableware that has often been completely destroyed in large Chinese cities. We want the project to be a fun colour click in the city where you go to have fun and socialise where you also get the opportunity to interact with the development of new games and get in touch with both new technology and a recreated biodiversity. 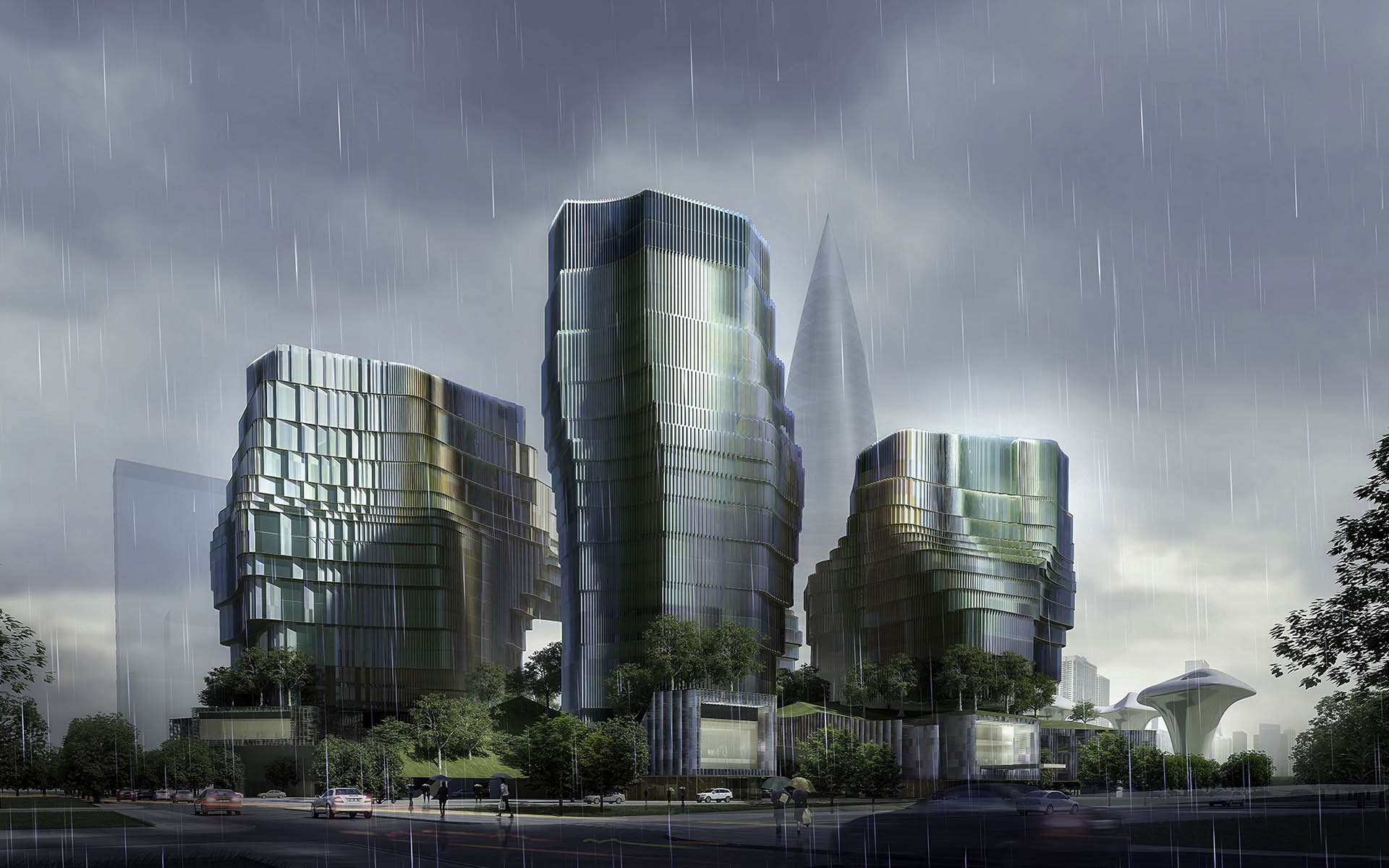 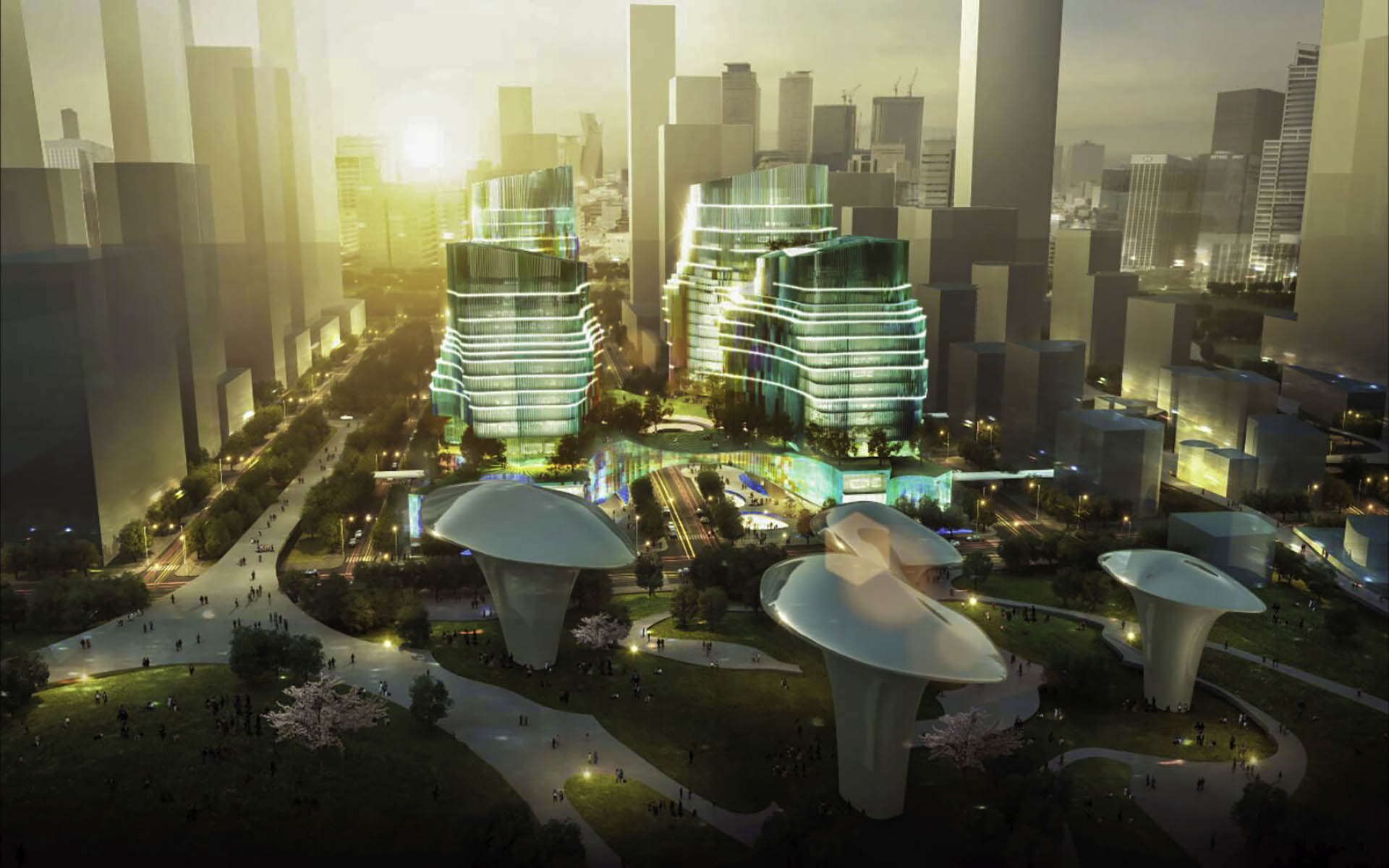 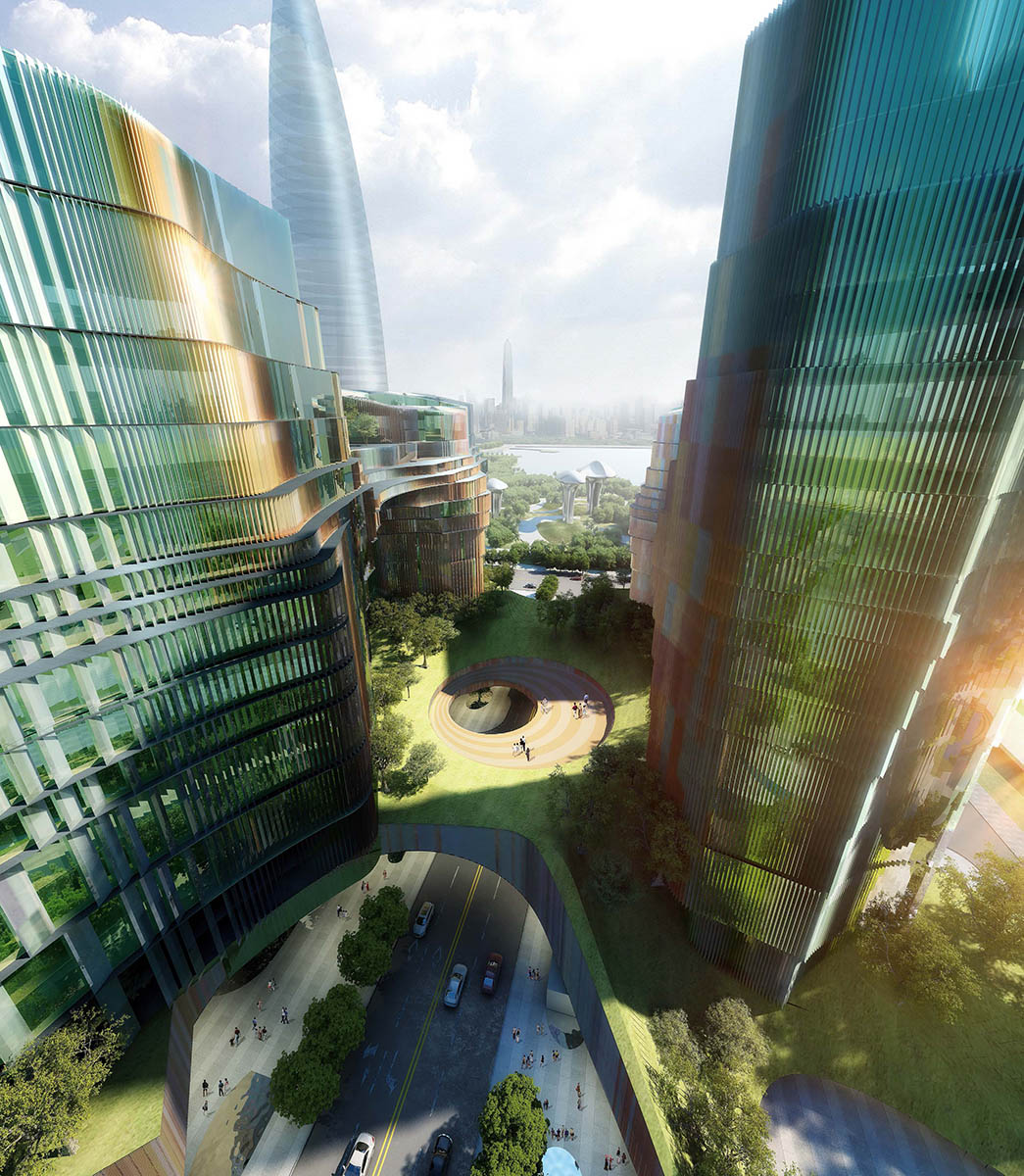 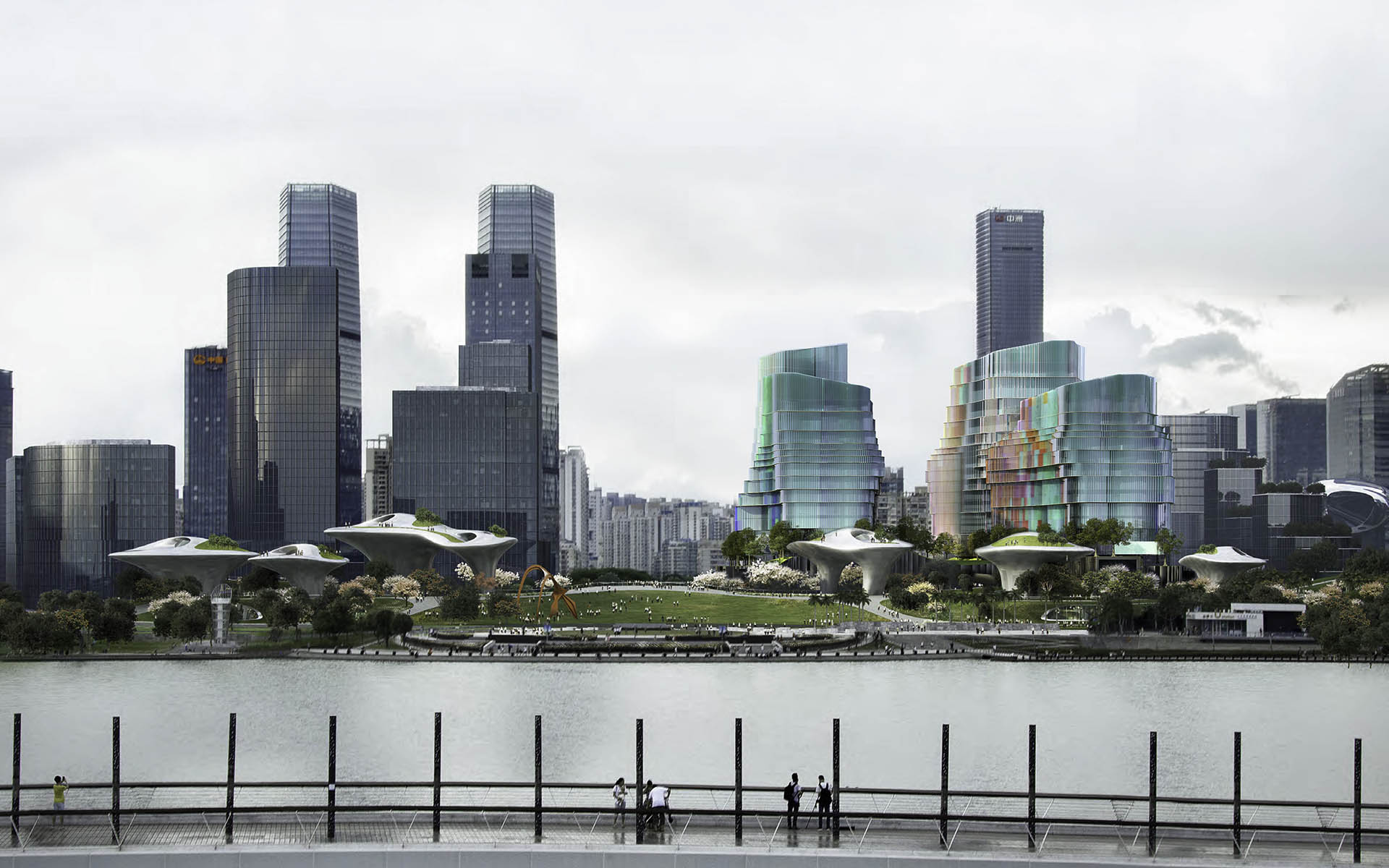 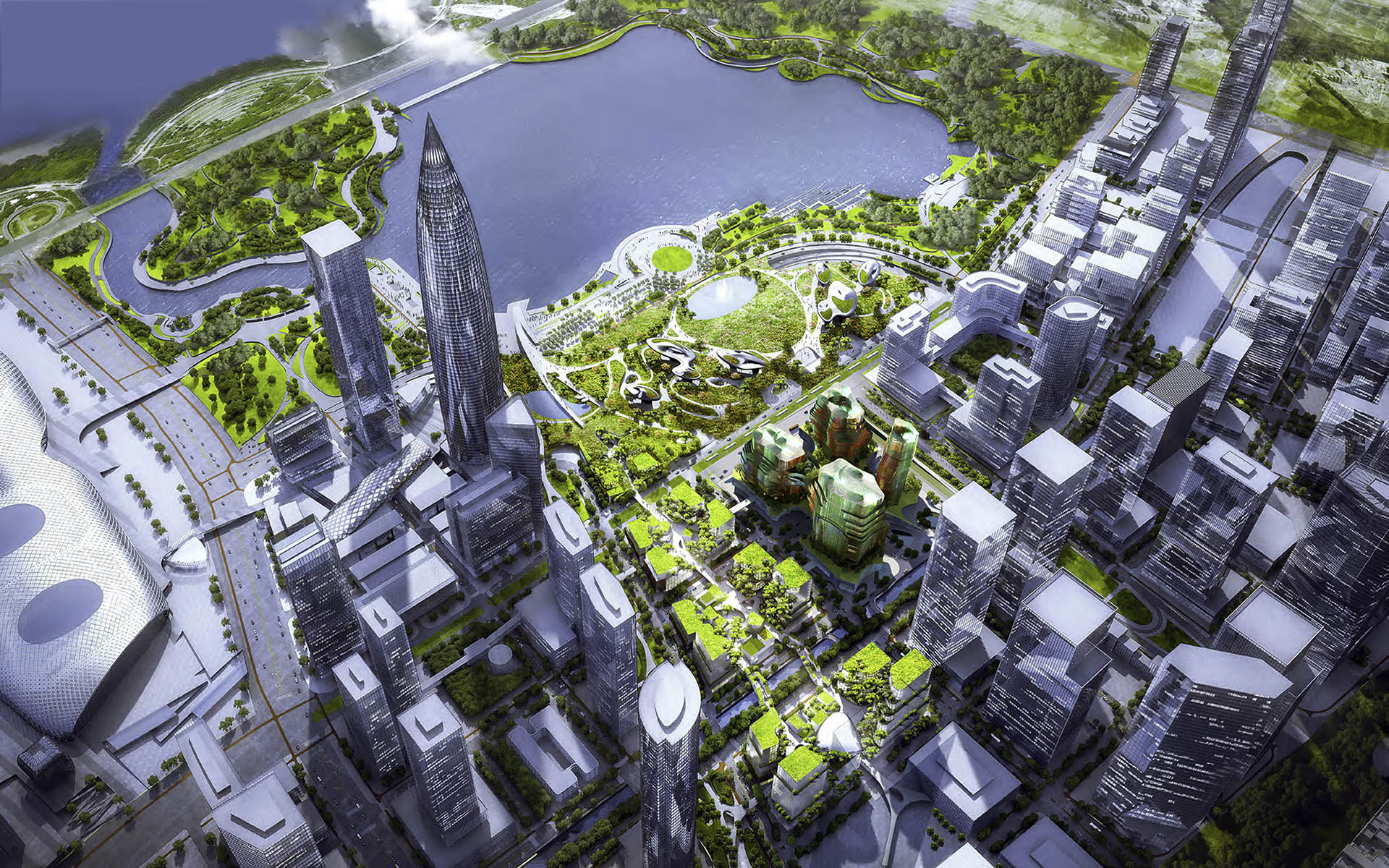 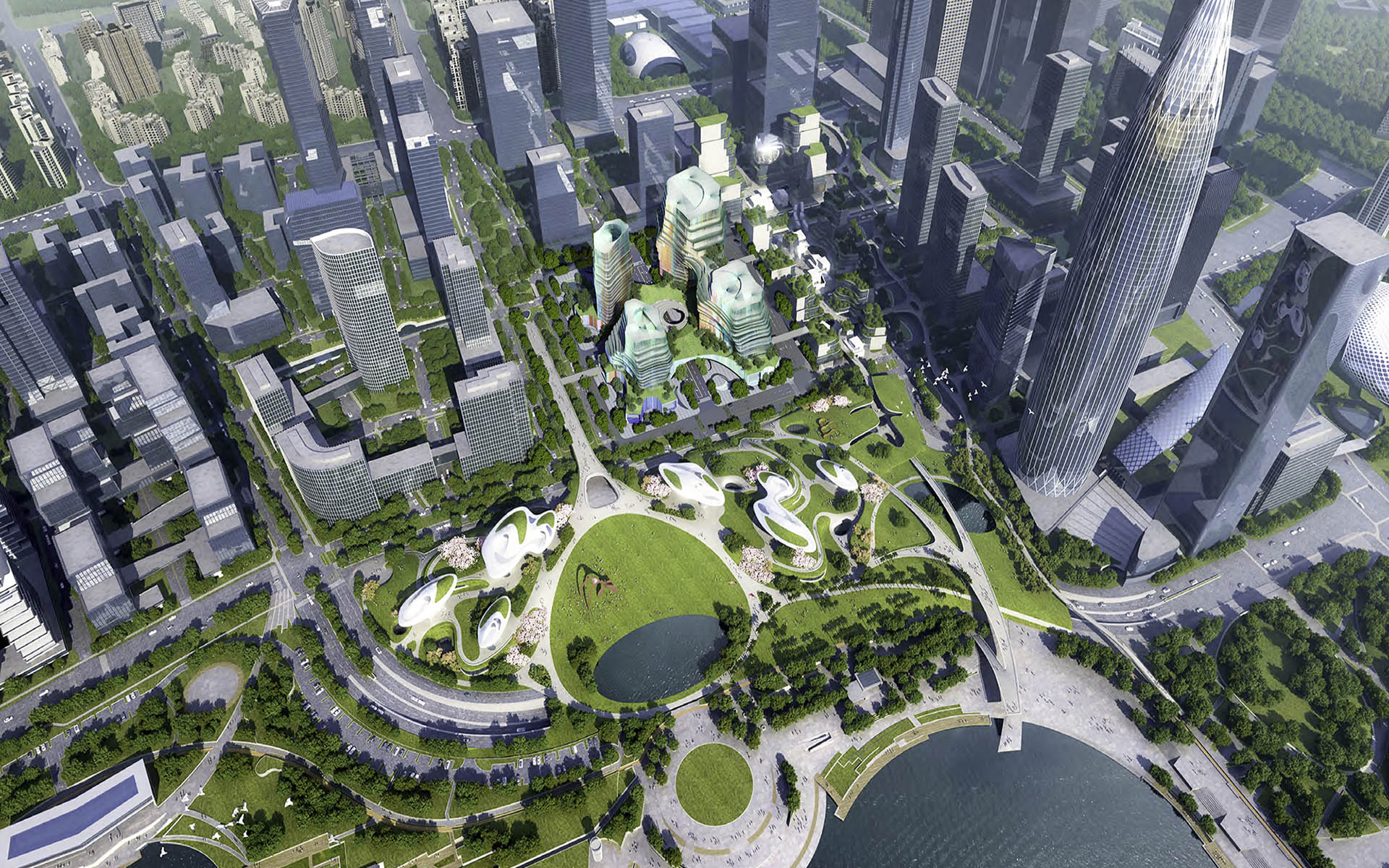